This morning at 10, I sat in the office of Club Lombardia talking to Jessica about the current event Cow Parade Milano. This meeting was the result of a message two days ago. The message was left by Matteo on one of my Flickr photo sets called "CowParade Milano 2007." Instead of calling them, I sent them an email only to make sure the message was really left by the organizer. Soon I received the phone call from them.

上午十點鐘，我準時抵達 Cow Parade Milano 的主辦單位辦公室，跟那位頭上夾著一隻蝴蝶的義大利女孩兒，談著這個活動的事情。莫約兩天前，一位跟朋友先生同名的義大利男子在我的 Flickr 上留了言，看著他的留言，我帶點懷疑，因此，我上網查了主辦單位的資料後，寄了封 email 過去，沒想到，不到一個小時左右，我就接到了他們的來電。
On the phone Jessica told me that they found my pictures on Flickr and were very interested in them. She continued saying that my pictures are very beautiful and some of them are even better than those taken by their official photographer. I thanked her for the compliments but wondered what exactly they wanted. Then she started asking questions like who are you? Have you seen other cows in other cities in the world before? Why did you take pictures of cows?

I told her that I just moved to Milan with my boyfriend and one day I found a piece of news about Cow Parade. With my born-to-have curiosity I walked around Milan with my camera, taking pictures of those cows that I like very much.

Suddenly she said "so you are professional right?" Well, great compliment but I am not. I only took pictures because I like it. She again fluttered me and said "we would like to talk with you how we can do together with your pictures since we like them very much." That’s it! Although I already thought about the possibility, I cannot sure until she mentioned. Yes, they will have a new session on the website where they want to use some of my pictures. Perhaps I was much too generous but I had decided to give them the right to use my pictures on the website. We talked briefly on the phone and then agreed to meet to discuss more today.

Today’s meeting was short but precise. I gave her one CD with pictures I took so far and emphasized that they could use as many as they want but only for website purpose. In case they would use any of my pictures for print media, including postcards, catalogs etc, they should ask my further permission. Well, everything was done orally and I believe it shall be a gentlemen agreement.

Since I am not a professional photographer and probably will not earn my living with pictures, I was happy enough to know that they like them and will give credit to me. As to future opportunities, we’ll see how it goes.

Taiwanese by birth and Italian by love. I tell stories of things I’m most passionate about – wine & food. 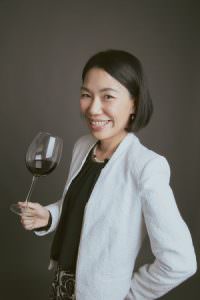 In about two weeks, part of Asia will celebrate th

Just for closing this home visiting vacation, what